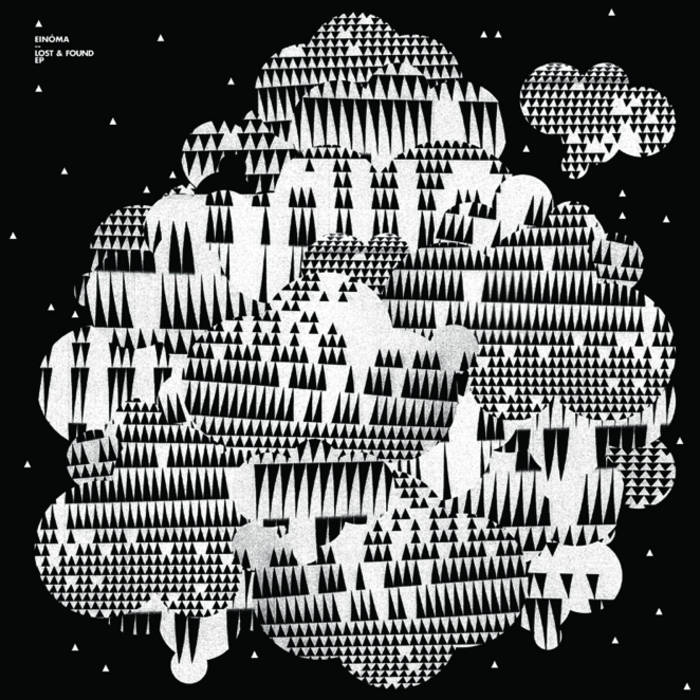 "Lost & Found" is Einóma's new EP, released in February 2011 on Shipwrec records. The record features one long new track on the A-side as well as two older and previously unreleased pieces for the B-side. The main track, 'Bla' was conceived after editing real-time and live sessions made for gigs after the release of last years 'Tvenna' EP.The sound material 'Bla' was initially made from was quite old and the idea and title of the EP, 'Lost and found' came about, reworking of older ideas in a new setting. The A-side demonstretes the more dancefloor sides of Einóma while the B-side explores the more dark and dense regions Einóma have become more known for.

"Freaky Techno and electronic beats by former Vertical Form contributors, Einóma. The Icelandic duo have been off the radar since 2009s 'Tvenna' EP, whose recording sessions provided the raw material for the tracks on 'Lost & Found'. Conceived through real-time editing and live sessions, 'Bla' pitches and twists through an intricate and organic 4/4 techno matrix, stretched between dense thickets of noise and sparse, hallucinatory drum patterns. Both 'BF' and 'LF' on the flip are more mutant, HipHop-tempo electronica, amorphous, sinister and slithering. Appears in hand silk-screened sleeves with unique download code redeemable from the label. Limited to 300 copies." Boomkat.com