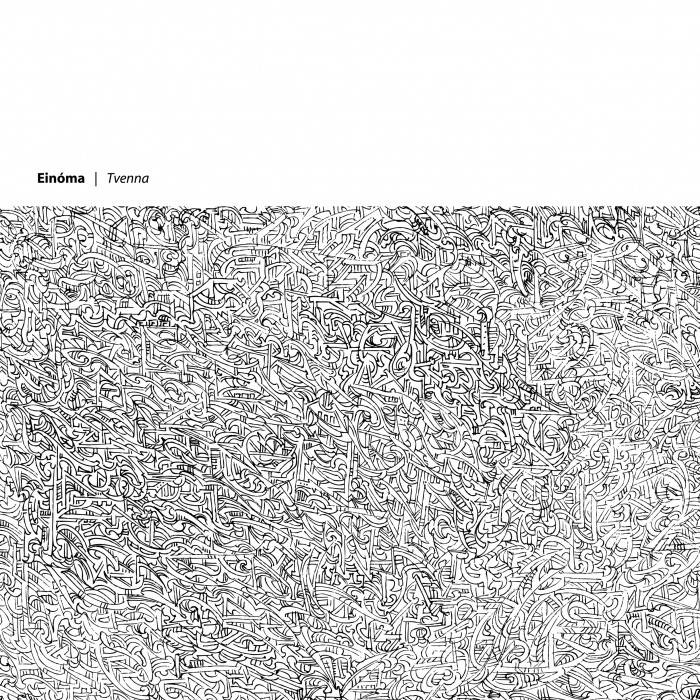 After three years of silence and six years since the highly acclaimed "Milli Tonverka" LP, Reykjavik´s Einoma return with a highly beat-driven and epic two track EP for Lamadameaveclechien. Composing for the first time pieces based on live sets and improvisations, the EP shows a more organic nature of Einoma´s sound. Its complex sound flow still remains very rhythmic and almost dance floor like in it´s unfolding sound quality. Big emphasis on bass, icy textures, detailed sound design and an almost repetitive narrative is the main focus point of these two very original and dramatic pieces. The EP comes with a stunning artwork and a big poster from Sherrie Thai from Shaire productions who´s 'graphic alchemy' seems to fit the music perfectly on a fundamental level.

"Tvenna is highly original, engaging, and recommended for any fan of challenging music.﻿"
igloomag.com

"Driven by a relentless beat and a metallic groove, Minióma is the most upbeat of the two, its highly mechanised rhythm set on a seemingly unstoppable path. While the pace slows down for a time half way through, to open up on a much more subtle atmospheric groove, it soon picks up again but becomes slightly less predictable, stumbles upon itself, picks up again before eventually losing momentum entirely. Stepóma initially seems harsher, more abrupt and concussed, more arid too, led by a post industrial metallic beat, but the more complex aspect of the track makes it even more subject to drastic rhythmic and atmospheric shifts than its predecessor."
Themilkfactory.co.uk